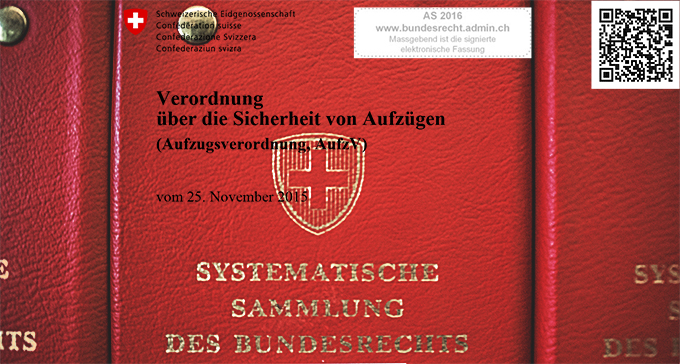 The legal texts available on the web portal of the Swiss Confederation in PDF-format for several years are a major facilitation for citizens, especially for students and legal professionals in their daily work. However, official printed editions of the official publications which are much appreciated by bibliophile users will still remain available in the future.