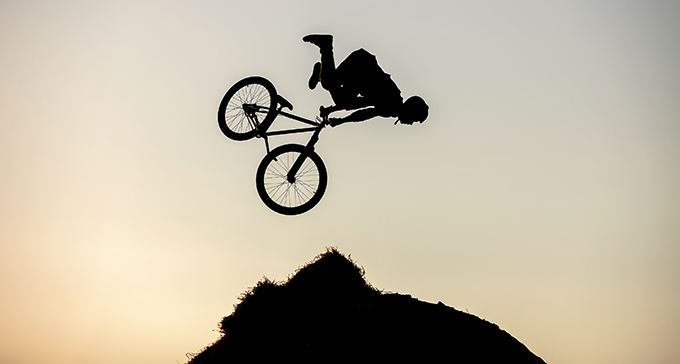 In 2014 a 29 years old road builder crashed in the “DirtCastel” of the “HammerPark” (a free style facility [located under a motorway bridge in Lenzburg, Switzerland] co-funded by a local Rotary Club) with his dirt bike and suffered a broken bone in his left wrist.

SUVA, the Swiss compulsory accident insurer, covered the cost of the medical treatment of the injured dirt biker, but reduced the dirt biker’s claim to receive daily allowance benefits in application of article 39 UVG (Federal act on accident insurance dated March 20, 1981 ) and Article 50 UVV (Ordinance on accident insurance dated December 20, 1982) by 50 percent, since he exposed himself to a “great danger” (…) “without the precautions to take, or to be able to meet that restrict the risk to a reasonable level“.

The dirt biker filed a formal objection to the Cantonal Court of the Canton of Lucerne against SUVA’s reduction of his claim to receive daily allowance benefits. On April 4, 2014 the cantonal court upheld the dirt biker’s objection and argued that he (1) was a hobby (and not a race) dirt biker, (2) took all precautionary measures practicable to prevent from injuries, (3) adhered to the applicable rules in the fun park “Hammer Park” and (4) wore protection equipment. Furthermore, the cantonal court of the canton of Lucerne argued in a general way that dirt biking was comparable with skateboard riding or snowboarding sports, which, if practiced as a hobby only and without forcing particular acrobatic tricks, was no great danger to life and limb.